WWT with microalgae and aeration 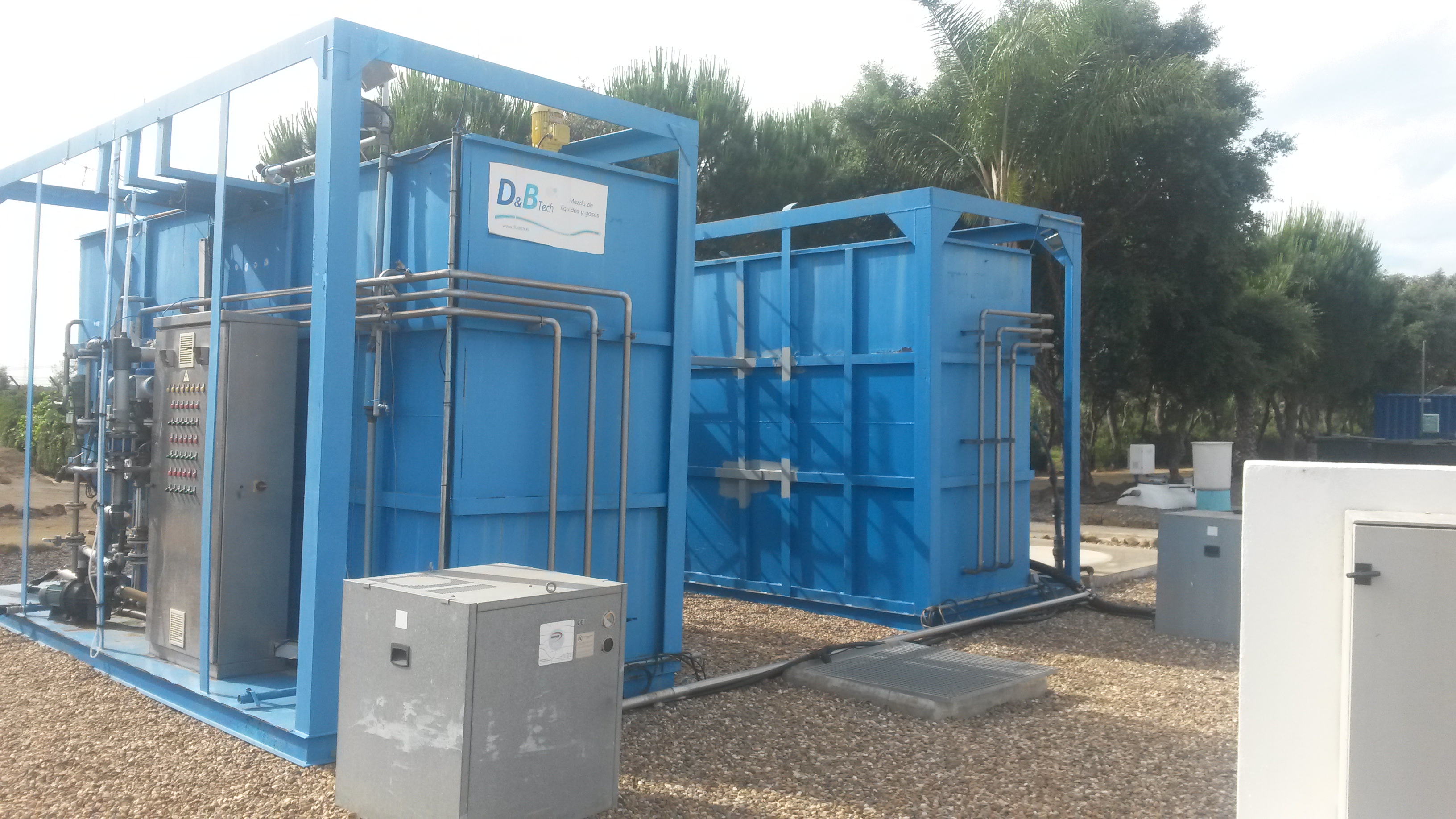 We design wastewater treatment plants using an innovative ecological and sustainable system through the cultivation of microalgae based on a circular economy.

Microalgae are a sink for CO2 and are O2 generators, thereby purifying the air around us. In addition, they constitute a very economical and efficient wastewater treatment system compared to current conventional treatment plants, whose processes emit a large amount of CO2 into the atmosphere and also require large electrical consumption.

D&BTech offers an innovative concept of raceway-photobioreactor, based on a different geometry, elimination of paddle wheels and implementation of a new patented agitation system that favors mixing, increasing photosynthetic activity and energy efficiency and also allowing a greater depth of the tanks.

In this way, the innovative systems produced and patented by D&BTech achieve:

Microalgae: CO2 sink and O2 generator. The great advantage of purification with microalgae is based on the bacteria-microalgae symbiosis.

Municipal waste contains a multitude of aerobic bacteria that emit a large volume of CO2 into the atmosphere. This CO2 is captured by microalgae and used together with organic matter and nutrients (nitrogen and phosphorus), purifying the water and purifying the air that surrounds us. Part of the O2 that the microalgae generate is used by the bacteria, so this type of purification plants does not require a mechanical aeration system to provide the O2 necessary for biological purification.

In a similar way to how organic compounds can be used in agriculture, in aquatic environments, microalgae can take advantage of urban waste and the CO2 they produce, transforming waste very efficiently with the added advantage that microalgae grow 10 times faster than land plants.

The correct treatment of wastewater is key to avoid damage to the environment. Water discharges with poor or untreated purification cause serious environmental damage and many countries around the world are trying to solve this problem. In recent years, the EU has repeatedly sanctioned several member states for continuous non-compliance with discharges. However, there are still many populations with insufficient purification and obsolete plants that do not comply with current community regulations.

Traditional WWTPs cannot remove pharmaceutical products, nitrogen (N) and phosphorus (P) or they reduce them with high energy costs and not to satisfactory levels. They also produce very high levels of CO2 into the environment. In 1991, the EU WWT Directive (WWTD) (91/271/EEC) made WWT mandatory for cities and towns. However, today's traditional WWTPs, mostly based on biological treatments, represent one of the most expensive public industries in terms of energy needs and represent more than 1% of total energy consumption in Europe. Recent studies on the energy consumption of WWTPs at the European level estimate that the total energy consumption of the 22,558 WWT plants established in the EU countries amounts to 15,021 GWh/year and there are still many to be built.